The physical shape of the network need not be in ring or circular shape. A ring topology can be a logical circle that has no start and no end. Terminators are not necessary in a ring topology. Signals travel in one direction on a ring while they pass from one computer to the next. Each device in ring topology can regenerate the data signal, so that the data signal may travel the required distance, without signal quality deterioration. 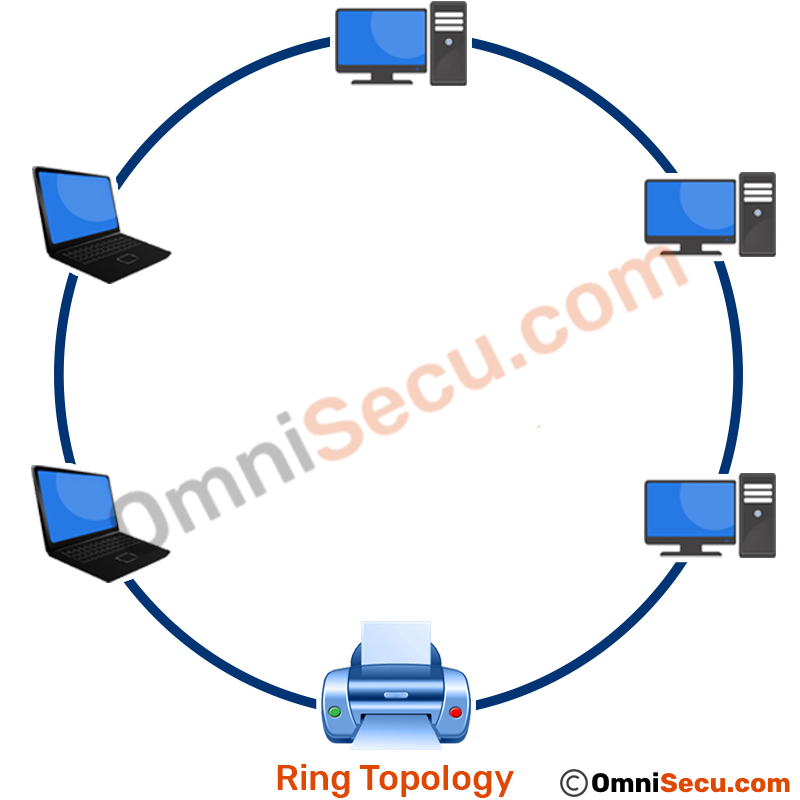 Logical ring networks are wired like star topology. For example; in a Token Ring network, a Multistation Access Unit (MAU) plays the role of a network switch on an Ethernet star topology based network. The physical layout of ring topology looks similar to star topology.

The main advantage of ring topology is that the signal degeneration is low since each workstation participating in the network is responsible for regenerating the weak signal. 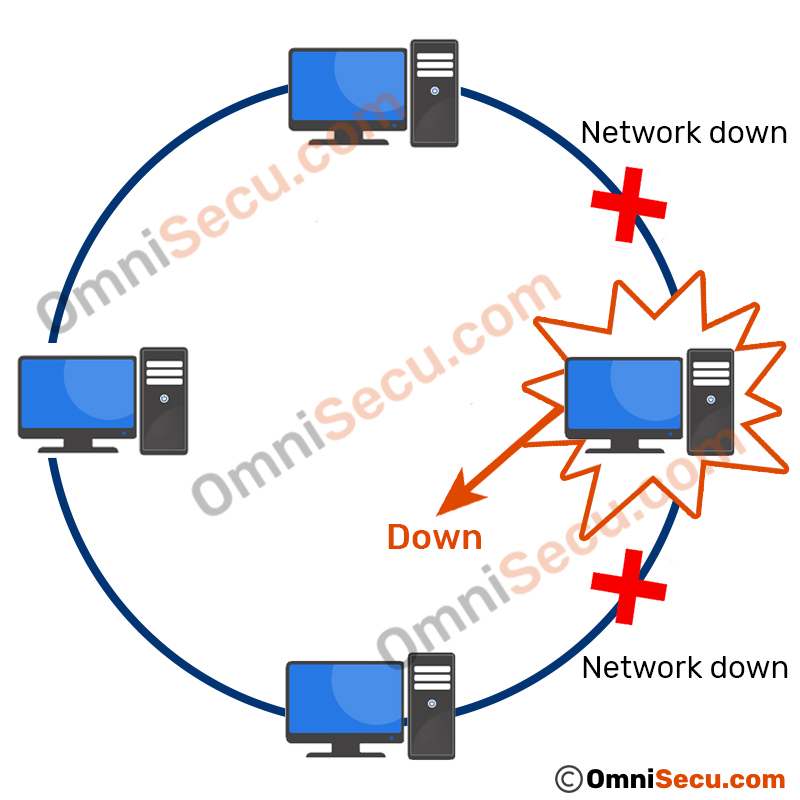