Please visit below links and learn the concepts of IPv4 multicast before proceeding further.

Below image shows the original format of IGMPv1 message.

IGMPv1 messages are encapsulated in IPv4 header. The Protocol number for IGMP is 2. 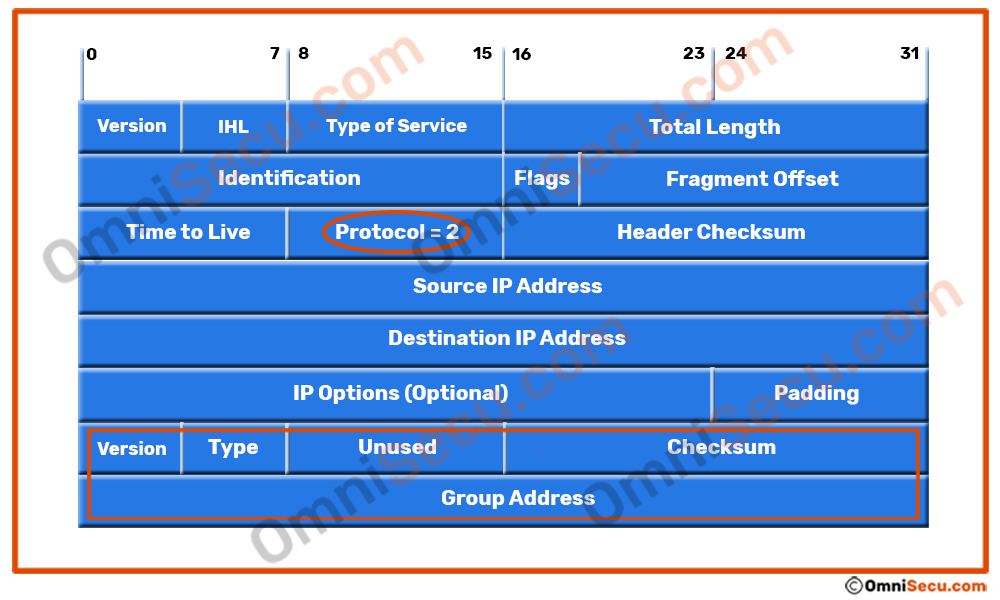 The Checksum field is 16-bit in length and it contains a 16-bit checksum for the message.

So, what is the meaning of the word "unsolicited" here? We have already discussed in the previous lesson (IGMP (Internet Group Management Protocol)), that IGMP has a Query-Response type of operation. Querier will send Membership Query (MQ) messages and multicast clients will respond with Membership Report (MR) messages. An unsolicited IGMPv1 Membership Report (MR) message is a self-initiated message sent by a multicast client not as a reply for an IGMPv1 Membership Query message. DR and Querier roles are performed by the same router in IGMPv1.